In 2005, cab drivers for Cotabo in Bologna joined a consortium of taxi cooperatives that now unites some 5000 cabbies all over Italy. With their app, TaxiClick, clients can order a car knowing not only that the price is right but also that drivers are treated fairly. In Queens, New York, an app connects a childcare cooperative with clients through the Coopify app and platform co-ops like Fairmondo, Stocksy and Loconomics are taking the co-op model to the Internet. This is what platform cooperativism is about.

The platform co-op eco system is comprised of online platforms that support production and sociality, digital labor brokerages, web-based marketplaces that are collectively owned and democratically governed, and all those initiatives that directly support this economic model.

A return to the American idea of worker ownership, platform co-ops follow the principles of the International Co-operative Alliance (ICA). They are democratically governed, support the informational and material commons, and in some cases, experiment with the union-coop model.

Freelancers, unions, cooperatives, and startups can adapt the platform co-op model to build more sustainable and dignified livelihoods now. There are, of course, many more participants in that economy, ranging from regular citizens becoming part of multi-stakeholder platform co-ops and others who are supporting this eco system. 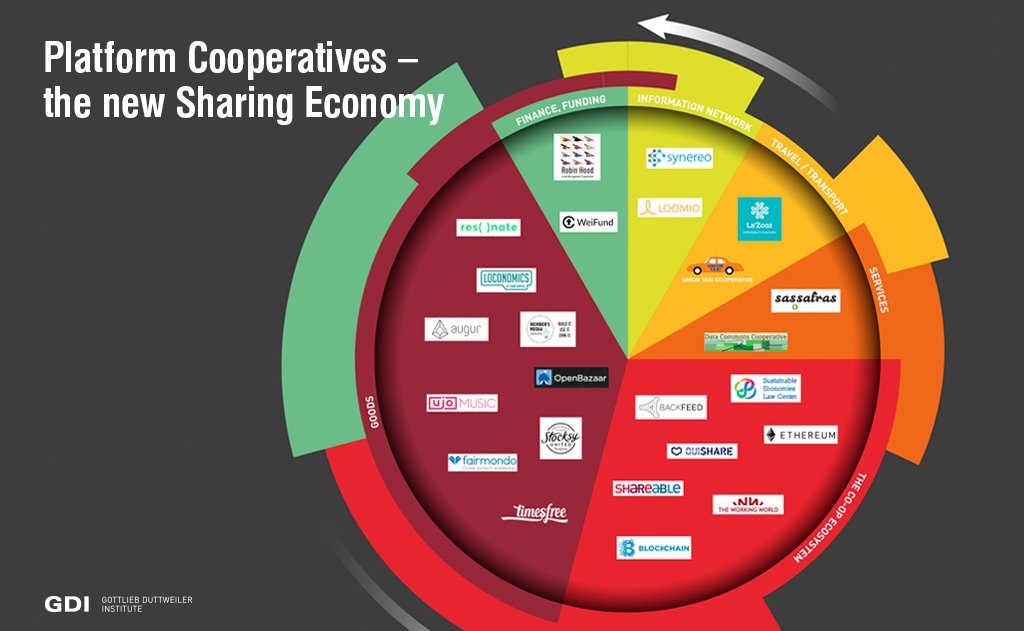 Late 20th century philosopher John Dewey wrote that until all institutions are under participatory, democratic control, we will not have a functioning democratic society. Today, the cooperative platform economy follows that dictum by taking greater democratic control of governance, production and surplus. It is a response to the “sharing economy,” which used to peer-to-peer ethos to push the corporate platform economy. To an extent, it brought about short-term consumer convenience but it did not fulfill promises of a fairer Internet or future of work.

As a project of transition, platform cooperativism is about the social organization of emerging technologies, which it aims to re-design with community wealth in mind. Rather than simply proposing a technical solution to social problems, the platform co-op model is about a re-orientation from what Jodi Dean called “commanded individualism” toward mutualism and cooperative ways of working. It’s about a cultural shift from a commitment to individual careers, profit-über-alles, and personal success to a mindset of solidarity, social justice, and genuine sharing.

While neoliberalism shifts the costs of its operations on the environment, workers, and their networks of care, platform cooperativism emphasizes the pleasures of cooperation and rejects the suggestion that the monopolistic adaptation of the Uber template is inevitable.

Responding to challenges such as environmental degradation, wealth inequality, the 40-year-long shift away from direct employment, gender inequity, and growing racial injustice, the cooperative platform economy is about what matters most to people.

Platform cooperativism is a holistic model that can deliver better outcomes than the corporate “sharing economy,” which will fail the ecology, workers, and consumers over the long haul.

The emerging experiments in the cooperative platform economy ought to be taken seriously, nurtured, and grown by communities and policymakers alike.

For an example of an existing platform co-op, read these articles about Coopify and Stocksy. You can also browse through a directory of the cooperative platform economy.