Era7 is a collectible card game in which you assemble a deck of 30 cards and engage in battles against the AI or real players. Each card is an NFT and has its own value and price.

If you love games like Hearthstone or Magic the gathering and want to look at the non-standard solution in this segment, this game is for you, the project has exciting PVE and PVP modes in which each player can find something for themselves. The project has no paywall to enter, as all newcomers are given a basic set of cards for the training and primary game.

Advantages and Disadvantages of ERA 7

The project has two tokens one in-game-GOT
The second is ERA it is traded and falls as a reward for in-game activities. As we can see from the tokenomics, most of the tokens will be inside the system from which it follows that the project was made for ordinary users and only a small part will leave the auction. In the project invested a lot of investors in particular Good game labs, which has already found a tier 1 project Axie Infinity, and this time they found a very interesting project, which could become a gem, also there are part of the funds directly or indirectly related to Animoca Brands How to start playing in ERA7

It's very simple, first come up with a nickname And that's it, we can start the game. Then it all depends on your goals, you can just look at the project and, if you like it, start collecting decks, the variety of which is really impressive. The project is without explicit ideology and created for ordinary players, so their Whitepaper is nothing superfluous, except for information for the most interested. You can read it at this link.

Play-to-Earn games can be highly risky due to price volatility. It is worth remembering that the tokens used by the ERA7 are not only in-game currency, but also cryptocurrency traded on an exchange. This type of investment requires a balanced approach. Gamers' investment in the game could suffer. We do not encourage you to invest your money in such products, and we are not responsible for any money lost. All investments you make are at your own risk.

What makes Era7 so special?

Era7 delivers endless possible strategies, We sure on 100% you will like it! A huge number of cards, each with its own unique features. Every match is special, which is why each time it’s a new challenge! In Era7, you will find your own way to play. Its competitive nature builds some healthy antagonism between players.

Is it possible to put together a good deck without a big investment?

The game has the ability to build a good deck without donation, but it will take a little longer.

ERA7 showed a new perspective on P2E and very interesting solutions that set it apart from the competition. For CCI is very important to keep a balance with what the developer are trying, but as in any game imba will always be, but the developers are trying to make the cards balanced not make expensive cards broken. Let's hope that the project will develop as planned and we will continue to follow its development.

We have analyzed key features of ERA7 based on 3 important criteria for choosing Play to earn games: 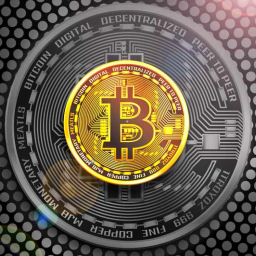